Every four years the CCC organizes the so-called “Chaos Communication Camp“. The camp is similar to a festival, but there is no music on the big stages, but rather lectures. In contrast to the annual congress, no journalists are admitted here, as we perceive the CCCamp more as a private holiday than as a public event.

On two stages a continuous lecture program ran from 11 in the morning until 01:00 in the night. Once again I organized the hosts for these stages together with Lindworm. Fortunately, after many CCC events we can now rely on an experienced team, which has done a great job on this event as well

This year again I did a regular Herald shift, but I also filled in twice. Once I did not create a shift for a lecture because the lecture was only included in the programme after the shift distribution, the second time I replaced a Herald who asked to be replaced due to the strain of the previous night (hangover).

I would like to thank Lindworm for organising the Heralds, but also all the other Heralds and Stage Managers who made sure that all the presentations proceeded without any problems. The punctuality of the start of the lectures was also great – just too perfect for a CCCamp where we generally take things a bit more relaxed.

Our experienced moderators were able to implement all requirements without the support of a SHOC. 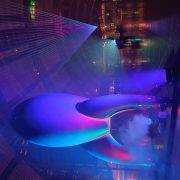 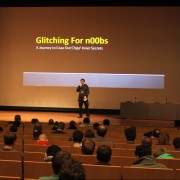 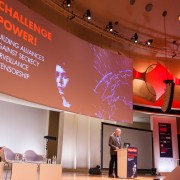 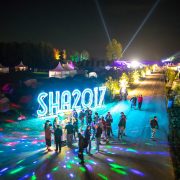